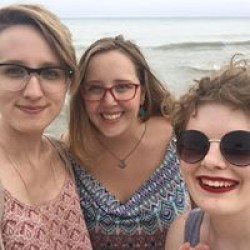 This blog is various long-form pieces. The pieces will center around reviews, movie/adaptation comparisons, and general thoughts on tropes or themes.

Brief Review: Such a sweet novel, so warm and familiar like a good plate of comfort food. Some people disliked Cath but I really enjoyed her, it was a very sympathetic portrayal of social anxiety. However, the reason it loses a star is the book takes a while to find it’s proper footing, to figure out what book it was.

Recommend To: Freshmen in college or those about to start college. Also, any nerdy people/fangirls (or boys) who have felt misunderstood by “normal” people.

So the main problem I had with the book is it took long to understand where it was going/what type of book it was. was it a book about college? Family? Romance? Anxiety?

The correct answer is all of them. For me though it was hard to get into the book, and understand that it wasn’t a story about just one thing. Once the book found it’s rhythm it was hard to put down. However, the moment I knew this would be a new favorite book of mine would have to be “The Emergency Kanye Dance Party.” It was so adorable and the perfect way to establish Levi as “the guy to root for.”

I think my favorite thing about this book was that the book can be described in certain moments. “Emergency Dance Party Moment” “The Outsiders Incident” etc. I love all of these moments and it was the individual moments feeding into each other that created such a vibrant world. Normally there is a linear plot with an end objective and a climax. That is not the case instead this book is not built off climaxes but small moments within each plot line thus, slowly building what seemed like two dimensional characters into fully formed sympathetic ones. I enjoyed all of the characters (except Nick maybe). They were all compelling and sweet in their own way. Putting them all together, it creates an addicting book. Reading it I was simultaneously concerned for all of them and moved by the sweetness and tenderness displayed.

The thing that sold me completely on this book was Rainbow Rowell’s writing. There were so many phrases that jumped off the page. These phrases summed up complicated emotions while being simultaneously sweet and nerdy. These phrases captured so many different relationships and emotions. While Rainbow can write different relationships so well I believe her strength is definitely in romances. Just like “Eleanor and Park” helped me understand high school love in a new way, this showed me the complicated emotions accompanying falling in love with low confidence. It was achingly sweet and yes, frustrating at times but I adored it nonetheless.

Finally, unlike “Eleanor & Park” which focused most strongly on romances, “Fangirl” emphasizes family relationships as well. What I loved is that those relationships were even more complicated than the romantic ones. Cath and Wren’s struggle to understand each other, even though they’ve known each other their whole lives. Wren is really trying to live as an individual and not part of a set. It led to some bad incidents, and caused a strained relationship but it made it that much more special when they did reconnect at the end of the book. I loved that while they were incredibly different, in the end there were still sisters with an unshakable bond.

Also, the depiction of their father was well rounded and sensitive. He wasn’t just the eccentric dad, he was traumatized but loved his daughters fiercely. He was a good dad, who just struggled to stay that way. Also, the conflict with meeting the mom added a new level of conflict to those relationships. It was a nice touch that made the family relationships/storyline almost as if not more compelling than the romance storyline. In the end all these relationships and storylines led to Cath being a compelling and amazingly sympathetic character. She may be one of my favorite heroines I’ve read this year.

In conclusion, this book was sweet, comforting and just feeling like a huge bear hug by the end. It was emotional and hard to read but the overall feeling was one of love and finding a home. Cath was complicated, but amazingly sympathetic. I started of this book fearing for her. I wanted to not only befriend her but tell her that she would be ok, that should could make it. By the end of the book her friends and family had done that! I believe that if Cath were real she would be an incredible author with great success. She will also have amazing people to help her along. This was a great book and will have a permanent spot on my shelf.